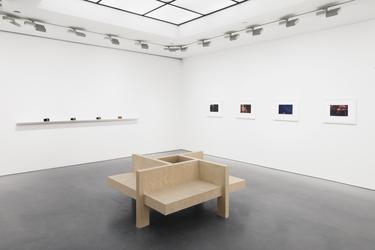 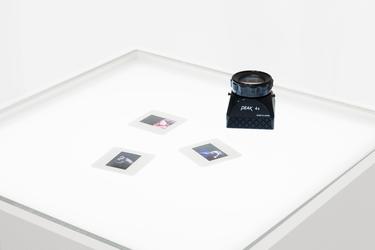 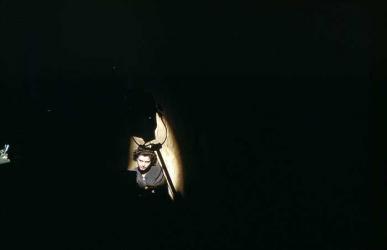 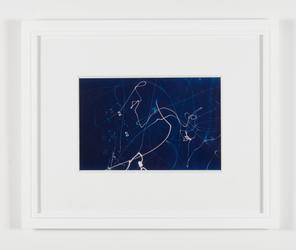 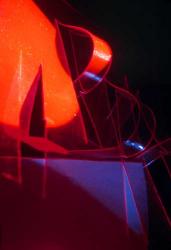 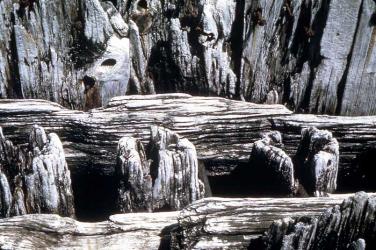 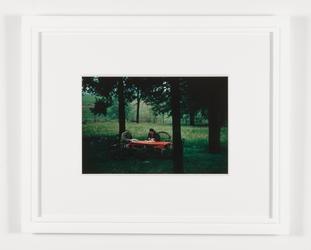 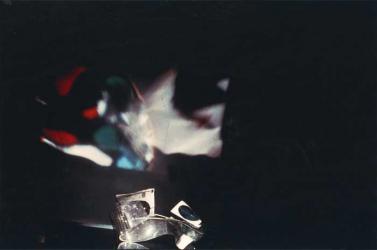 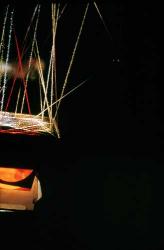 Artistic pioneer, educator, and prolific writer László Moholy-Nagy (b. 1895, Borsód, Austria-Hungary; d. 1946, Chicago) championed the potential of art as a vehicle for social transformation, working hand in hand with emergent technologies to leverage the positive capacity for “productive creation” as he called it. A restless innovator, and one who defied categorization, Moholy-Nagy, over the course of two decades, experimented with a wide variety of mediums including sculpture, photography, painting, collage, film, and kinetic works, and formulated and expressed theories in numerous influential writings that continue to inspire artists and designers today.

Invited by Walter Gropius to join the faculty at the Bauhaus school of art and design, Moholy-Nagy taught in Weimar and Dessau from 1923 to 1928. In 1937, he was appointed to head the New Bauhaus in Chicago and later opened his own school of design––Institute of Design––which today is part of the Illinois Institute of Technology.

The Affair is Over

László Moholy-Nagy is the subject of the first comprehensive survey in the United States in nearly fifty years.  Moholy-Nagy: Fifty Years at the Solomon R. Guggenheim Museum will be on view from May 27 - September 7, 2016.  The exhibition, organized by Karole P.B. Vail, travels to the Art Institute of Chicago (October 2, 2016 - January 3, 2017) and the Los Angeles County Museum of Art (February 12 - June 18, 2017).