Andrea Rosen Gallery is pleased to present a three-person exhibition of Magali Reus, Bill Bollinger and John Divola. Shifting away from the supremacy of a single object, each artist here acknowledges a more phenomenological experience of material and form. Through strengthening material vernaculars, there is a distinct presence of the body indicated within each of the artists’ works that describes both a presence of artist and viewer, as well as the encounter of material as vessel for meaning. This juxtaposition of unique trajectories is a way to not only contextualize work being made now within the established field of contemporary art, but also a way of showing how artists like Divola and Bollinger remain a vital part of the discourse.

Approximating the scale and basic materiality of fridge and freezer units, Magali Reus’ sculptures, Lukes, as titled “bodies,” combine in anthropomorphic fashion. Stripped of their supposed functionality, these hand-activated vessels of skewed rectangular form deflect our familiarity with an object coded by domesticity, instead offering themselves as hosts in which smaller, more materially luxurious compositions play out. Their skins are phosphate clad, cast concrete, milky raspberry coated – and interior, a printed fleece blanket, strewn packets of mustard condiment, a single flattened white knife  – deftly confusing binaries of the human and the mechanical. Made with industrial finishes and contemporary processes, the resulting works puzzle human relationships to inanimate matter and their intended functions. The collision of material preservation and more internalized alchemical detail exposes Reus’ relationship to object making as one which communicates the universal meanings embedded within all materials, but also the transformative strategies we use to mobilize the everyday.

Focused on the gesture of construction, and the physical limits and nature of material, Bill Bollinger too sought to expand experience and perception of materiality and commodity. Graphite Piece, first shown in January of 1969, divides the gallery into two defined spaces of dark and light planes. Traces of the graphite powder dusted between the floor and wall elicit the sweeping gestural distribution of material, the physical performance of construction, while simultaneously communicating an opaque sense of openness and expandability so crucial to the artist in each carnation.

Two photographs from John Divola’s “Dark Star” series accentuate a delicate balance of creation and destruction. Resembling a full stop or black hole, Divola’s spray painted circles, almost as lesions upon the interior walls of a derelict abandoned space, add both a lethal mark to a sinister image of utter abandonment, as well as accentuate the significance and weight of a single material gesture enacted by the artist upon a chosen ground. Engaging two performative mediums, of painting and photography, Divola’s evident participation within such spaces transcends a process of observation or means of documentation, and reflects a more visceral material involvement.

Bill Bollinger (1940-1988) originally studied aeronautical engineering at Brown University and turned to art when he moved to New York City in 1961. His work was included in some of the most historically important exhibitions of the 1960s, including Live in Your Head: When Attitudes Become Form (Kunsthalle Bern, 1969); Anti-Illusion: Procedures/Materials (Whitney Museum of American Art, 1969); Nine at Leo Castelli(Castelli Warehouse, 1969); Information (Museum of Modern Art, 1970) and the Whitney Museum Annual of 1971 and Biennial of 1973. His oeuvre was recently recognized by a international traveling retrospective at the Kunstmuseum Liechtenstein; the ZKM Zentrum fur Kunst und Medientechnologie, Karlsruhe; The Fruitmarket Gallery, Edinburgh; and The ScultureCenter, New York. 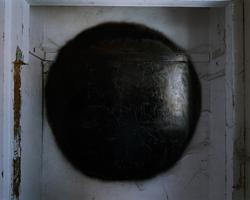 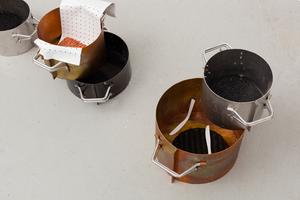 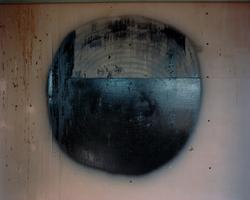 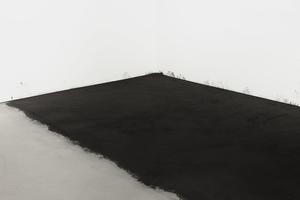 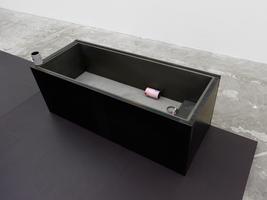