Andrea Rosen Gallery is delighted to present Empirical Intuitive Absorption, an exhibition organized by Matthew Ronay featuring significant and rarely seen works by Serge Charchoune, Fernand Léger, Graham Marks and Terry Riley, as well as new works by Ronay. This exhibition, inspired by a conversation with Ronay following his lecture at the Perez Art Museum Miami this spring, exemplifies the intention, exploration and potential behind the gallery’s historical program in shaping contemporary dialogues to illuminate new facets of past and present.

An ongoing interest in the origin of creativity has led me in many directions, with each interpretation I come across supporting its unknowable nature.

The Science of the Dogon: Decoding the African Mystery Tradition by Laird Scranton, a book of guerilla scholarship, proposes that the Dogon people of West Africa, whose creation mythology is told through symbols, sculpture, and architecture, had knowledge of the genesis of matter, biology on an atomic level, astronomy, and other psychical phenomena that would have been impossible for them to have understood through direct observation. When viewed thorough this lens, it’s uncanny the way some of their symbols echo mitosis or string theory, as if their bodies knew.

I wondered, might it be possible that other works of abstraction also have roots in something beyond formal endeavor? Can abstraction be knowledge? Can knowledge be expressed without dogma?

Some abstractions, even if unconnected to organized traditions and mythologies, may relate to something empirical. It is possible that in our evolution from stardust to human that we have absorbed some sort of intuitive understanding of our dawning and being, an implicit inherited memory of our existence, charted out in images of biology, botany, geology, astronomy, etc… Historically, artists have naturally “de-conditioned themselves from the community’s instinctual distrust of the mystery…to go between ordinary reality and the domain of ideas.”* They’ve trained to relax and discharge the repeating song of the universe in its echoing forms of micro and macro, biological knots, and intricacies. These ideas then become narratives, then parallel into mythologies. Does everything loop back into nature?

As I warmed to this idea I saw it in works that are inspirations to me by Charchoune, Léger, Marks, and Riley.

Serge Charchoune (1888–1975). A self described Ornamental Cubist, with Copley, Duchamp, Ernst, Léger, and Miro amongst his supporters and patrons. I think he was a synesthete, as his oeuvre is pocked with paintings inspired by music. He also had an affinity for water and saw it and music as mirroring each other. He is undoubtedly another artist whose diagrams and “landscapes” mimic some instinctual understanding of geology, biology, and even engineering. As his painting progresses, he begins to deplete the color in his work so that by the 1960s he is painting almost entirely in white monochrome.

Fernand Léger (1881–1955). There is a period of Léger’s work, from the mid 1920s to early 1930s, that I am particularly interested in, and that I believe is inspired by the “close-up” in film – where he seems to be understanding, like a computer, the unconscious psychological associations with objects. He definitely took a turn into the physical / biological world for a moment after this when his strange visual computations blossomed into amoeboid. This period of serious interest in microscopic imagery was inspired by his frequent hiking with Charlotte Perriand.

Graham Marks (b.1951). Marks’ vegetal egg structures map the universe and vibrate microscopic cellular or elemental possibilities. Often in repose, they seem to be projecting outward and pulling inward at the same time.

Terry Riley (b. 1935). Minimalist musician and student of La Monte Young and Pandit Pran Nath, Riley is a flexible and organic contemporary of his minimalist peers. His music bubbles like water boiling, grows like a plant, or freezes into crystalline structures. It reflects something analog but infinitely intricate, like a molecular structure.

My own relationship to this proposition of the abstract as more than formalist is obvious in its participation with alien deep sea creatures, glandular secretions, vibrating fields of energy, and tongues and protrusions on scales indeterminable.
_

Matthew Ronay (b. 1976) lives and works in New York. His work has been exhibited internationally, and is currently on view in concurrent solo-exhibitions at the Perez Art Museum Miami (through January 15, 2017) and The Blaffer Art Museum, Houston (through October 1). A new monographic catalogue illustrating major recent and new bodies of work will conjunctively be published by Gregory R. Miller & Co. at the end of the summer.

*Terence McKenna and The Shaman, Re:Evolution, 1992. 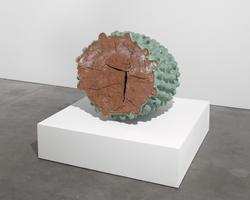 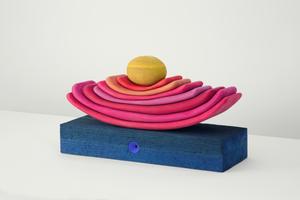 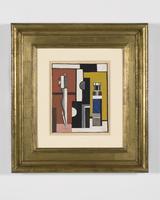 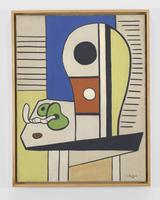 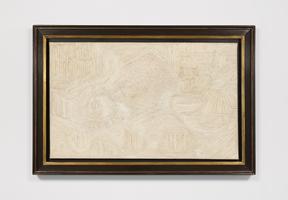 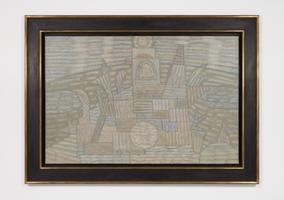 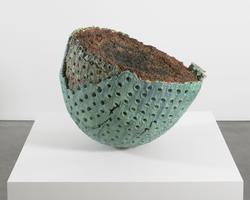 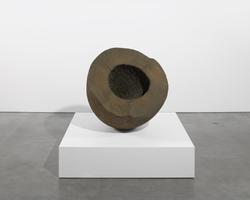 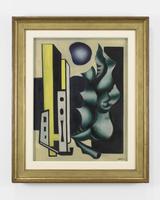 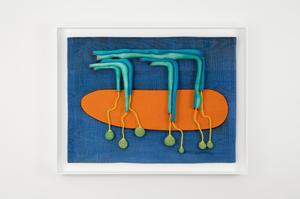 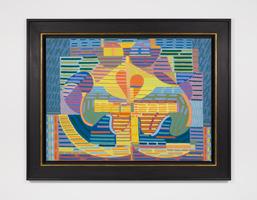 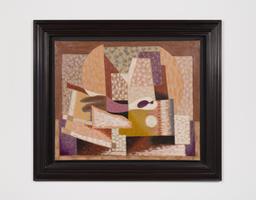 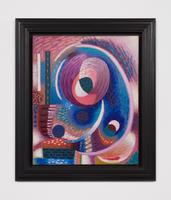 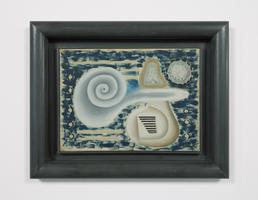 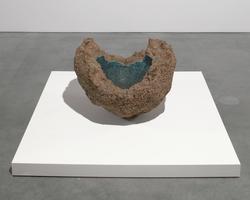 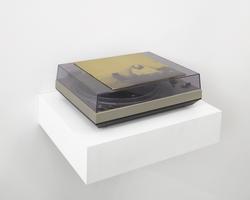