Andrea Rosen Gallery is delighted to present EVERYTHINGS, a three-person exhibition with Hayden Dunham, Parker Ito and Timur Si-Qin. EVERYTHINGS encompasses simultaneously a concept of all information imbued within “everything”, while suggesting a multiplicity or variant of the concept itself.

Through what feel very much like three new and significantly diverse installations, aesthetic perspectives and material languages, this exhibition introduces a conceptually expansive approach to thinking about and realizing artworks; exposing a unique potential for objects—and the experience of objects—to be imbued with information, as well as addressing an expanded, non-linear sense of time. Meaning and material are allowed to exist in multiple states at once, advocating the perception of a stagnant object as a moving one—as a transformative product that communicates, and is malleable. Together, Dunham, Ito and Si-Qin retain a clear responsibility to how we engage, and commitment to the role of an art object and how those objects move through time, while each possessing such distinct perspectives of what an object can be.

Hayden Dunham’s work embodies a process of facilitation, where objects are conditioned and supported through their individual internal transformations. In the same way one would physically augment their body, paint is here used as an augmentation device, where its weight is supported by a surface, and its impressions communicate beyond their form in a performance. Likewise, porcelain drips and silicon pools become by-products of internal systems, implicitly active. Circulated through the air vents of the gallery, and concentrated within each object is GEL—a product developed by Dunham that takes on multiple sensory forms: solid, liquid and vapor. GEL is the distillation of products associated with energy—a supplement—whose activation occurs through interface within the objects, space, and its viewers. While Dunham’s systems are distinct, these ideas of transformation are embedded within her parallel creative processes, where, like the objects, a process of conditioning facilitates her own internal conversions and development of identities and domains.

Infiltrating multiple spaces of the gallery, Parker Ito’s installation builds an information network whose variables—material and non-material—are transformed and made dynamic with each exhibition. Through an ownership of assimilation, where all visual information is sourced and accessed to create a comprehensive whole, Ito’s transformative installations present materially distinct and discrete works that each employ a different strategy. Classical techniques of bronze casting and coil ceramics are engaged with freeway culture and popular parked domain imagery. Double-sided paintings and self-portrait photographs become referential wormholes, reflective of the exhibition and object’s history itself. While committed to the role of an object, Ito’s layering replicates the complexity of our accessibility to information and our world, and a continuous non-static perspective. For Ito, objects are understood through networks, and here tangled within a web of LED, chain and rope, and shown amidst an accumulation of installation remnants, his work as a hub embodies a dynamic cohesive scape, whose intricacies are as meaningful as the incomprehensibility of the whole.

Aiming to expand our understanding of reality beyond something purely structured by language, signs and symbols, Timur Si-Qin’s works suggests a geologic perspective of time, as well as multiple times existing simultaneously. Here, presented as a funerary space, his works combine the imagery and form of commercial images and display structures with ritualistic display and biological relics. While all objects have a life outside of our relationship to them, Si-Qin explores how objects and forms possess a deep history whose morphogenesis is a result of the interactions of culture, biology and materiality. Whether through an early Homo Sapien fossil rendered in today’s 3-D printing technology or commercial images specifically used to stimulate ingrained biological reactions, Si-Qin’s work presents our culture as material itself, with its own tendencies and capacities to self organise and form patterns of meaning and discourse.

While the entropic processes of nature are invisible, the emotive condition and potential of each of the artist’s works speaks to a new accommodation of our realities, while still grounded in an aesthetic tradition and responsibility to materiality. 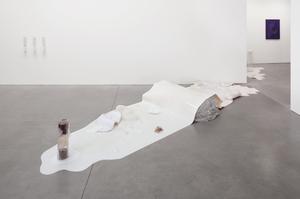 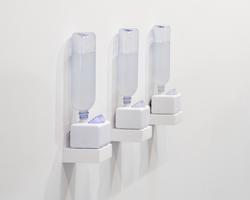 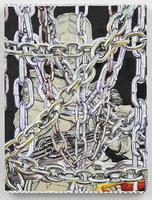 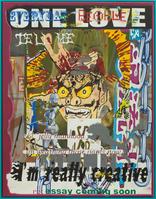 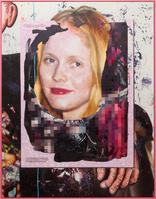 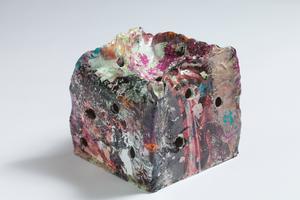 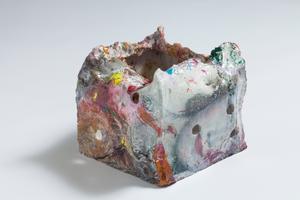 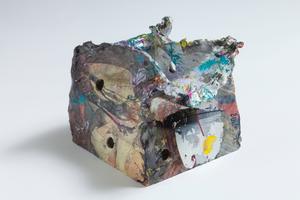 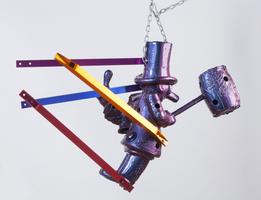 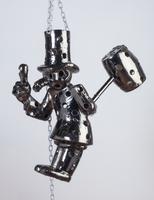 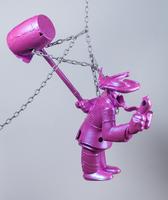 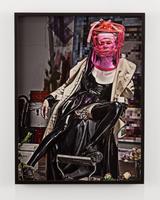 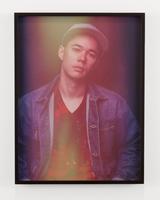 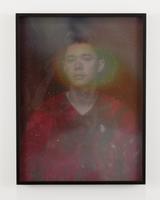 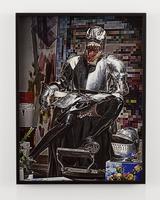 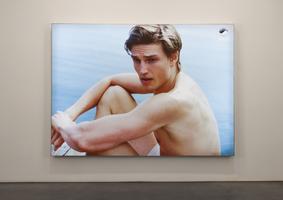 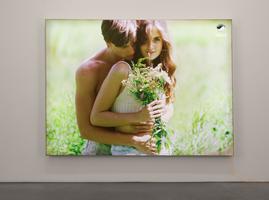