Andrea Rosen Gallery is proud to present Paintings, an exhibition of new work by Josiah McElheny. This is the artist’s fourth solo exhibition with the gallery.

Josiah McElheny’s artwork has often investigated the history of twentieth century modernism in architecture and design, in the hope of expanding on the dominant historical narrative and the criticality of our relationship to it. While continuing this dialogue with the history of aesthetics, Paintings represents a shift in McElheny’s work towards a focus on the history of painting, and proposes that there is ongoing potential to be found in the utopian and revolutionary desires that gave rise to abstract painting at the beginning of the twentieth century.

In 2007, McElheny exhibited his work alongside the paintings of the “lost” pioneer of abstraction, Hilma af Klint (1862-1944), as part of a curatorial collaboration with curator Iris Müller-Westermann at the Moderna Museet in Stockholm. Af Klint is now finally credited with making the first non-objective painting in the Western fine-art tradition, and it is both her grand imagination and sense of purpose, and the idea of how histories are and can be constantly re-written, that has informed and inspired McElheny’s new works.

In looking at the history of abstraction, through a scholarly approach, McElheny traces some of the essential moments of the past century. Referring to specific works by artists Kazimir Malevich, Wassily Kandinsky, Maya Deren, Ellsworth Kelly, Ad Reinhardt and Albert Oehlen, that were canonical touchstones and contributions to the conceptual fabric of this history, are here reimagined through the lens of the recently re-discovered visionary, af Klint. Her presence is seen in the various colors, prismatic effects, geometries and other elements of af Klint’s symobolic language that appear in McElheny’s paintings, conceptually collaged into the compositional approaches of these other familiar historical and living artists.

The smooth surface of McElheny’s works, each faced with a plane of glass, is something that one sees through, and beyond. Challenging a Modernist perspective that painting is defined by and bound to its surface, these paintings—constructions of wood, mirror, glass, paint and, in two instances, video projection—acknowledge a painting’s physical and imaginable space. Creating an image on, in and behind this material plane, the paintings alternation from “flat” to “deep”, when simply viewed from the front and then the side.

Five paintings structured after works by Kandinsky and Malevich—McElheny’s Crystalline Prism Painting I, II, III, IV, and VI—feature press-molded and polished glass prisms inset into a field of black, matte oil paint brushstrokes, visible behind or through a surface made of a sheet of  “museum glass”. The geometry of each prism offers a visual portal into a landscape of refracted light. Two related photograms, Prism I and Prism II translate these prismatic shapes into two-dimensional black and white abstractions, where their strict geometry is transmuted into an organic latticework.

Within three large monochromatic works—Blue Prism Painting V, VI and VII—one sees arrangements of solid, cut and polished blue glass forms, each form creating an ellipse at its apex.  Here, the surface of the painting is a plane of blue architectural glass; subtle tonal variations play out across a grid structure borrowed from Reinhardt. The black exterior frame and the painting itself, in these works, are in essence one and the same (another nod to Reinhardt). Within, a mirrored interior naturally refracts light into the prismatic objects and also seems to extend the space of the room.  In a related work, McElheny’s Window Painting I—which echoes an iconic painting by Ellsworth Kelly from 1949—mirror and tinted grey glass create a mysterious space “beyond”. But here the cylindrical prismatic objects standing inside seem to depict something, perhaps bottles, smokestacks or skyscrapers.

Finally, two works entitled Projection Painting I and Projection Painting II both present an animated, fractured landscape behind a large glass surface; upon each landscape, its own video projection plays out across a set of painted, undulating planes. Combining a ceiling mounted projector and wall-bound painting into a single work, they take as their starting point contemporary painter Albert Oehlen’s forays into projections on paintings. As well, they return to McElheny’s merging of sculpture and film in his earlier “Screens for Looking at Abstraction”. Projection Painting I and II are both made in homage to another pioneer of abstraction (and surrealism), the filmmaker Maya Deren.  Starting with lost and “abandoned” footage created by Deren, McElheny has re-filmed, deconstructed and extensively processed these moving images to suggest a world of abstraction that sometimes coalesce into bodies or objects, or, in reverse, where mannerist bodies passing through the painting seem to dissolve themselves into granular abstraction.

Across all these works, McElheny hopes to suggest the possibility of an expanded experience of viewing, a view of the images that exist within painting where the viewer’s own physical movement offers additional vistas, imaginary or not. In McElheny’s hands, mining the past lays the groundwork for a path forward, giving a glimpse not only into what could have been, but visions for what might be.

Accompanying the exhibition, is a new publication, a supplemental book that presents scholarly texts by curator and art historian, Iris Müller-Westermann, Senior Curator of International Art at Moderna Museet, Stockholm and by New York based scholar, critic and curator, Alex Bacon; in addition it includes a visual essay that traces the specific historical inspirations and touchstones for this group of works, in hopes to speak to both the past and future. An expanded exhibition catalogue, building upon the initial publication, will be published in October 2015.

Josiah McElheny lives and works in New York. Recent exhibitions include Dusty Groove, Corbett vs. Dempsey, Chicago; Josiah McElheny: Towards a Light Club, Wexner Center for the Arts, Columbus, OH; Two Clubs at The Arts Club of Chicago, In Collaboration with John Vinci; The Past Was A Mirage I’d Left Far Behind, Whitechapel Gallery, London; Some Pictures of the Infinite, Institute for Contemporary Art, Boston; and The Light Club of Vizcaya: A Women’s Picture, Vizcaya Museum & Gardens, Miami. McElheny has forthcoming exhibitions at MAK, Vienna, Carpenter Center for the Visual Arts, Harvard University, Cambridge, MA, and Madison Square Park, New York. In 2014, The University of Chicago Press published Glass! Love!! Perpetual Motion!!!: A Paul Scheerbart Reader, co-edited by McElheny and Christine Burgin.

Featuring contributions by Iris Müller-Westermann, Senior Curator of International Art at the Modern Museet in Stockholm, and scholar, writer and curator, Alex Bacon. 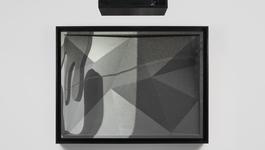 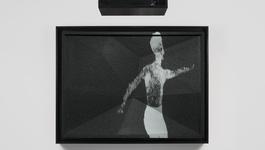 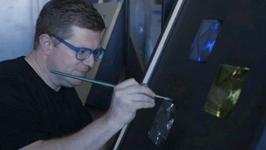 Filmed in 2015, artist Josiah McElheny works on a new series of paintings from his Brooklyn, NY studio, by Art 21 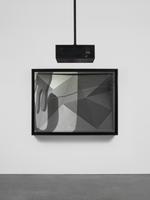 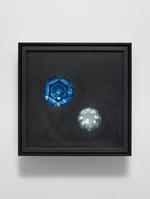 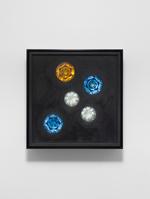 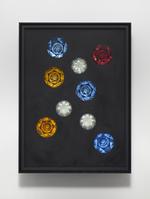 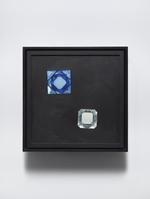 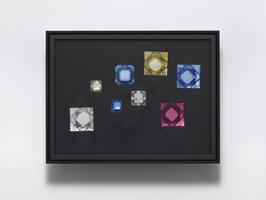 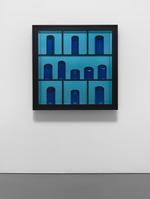 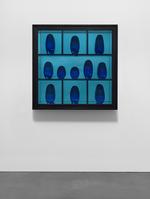 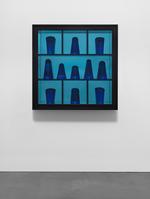 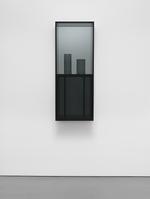 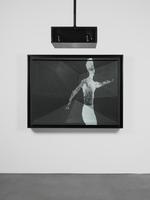