Andrea Rosen Gallery 2 is pleased to announce Dancing Around Things, an exhibition of work by Martha Friedman. Friedman’s work presents the processes and materials of sculpture vis-a-vis the materiality of the body, manipulating substance, subject matter, and scale to highlight the familiar as well as the surreal aspects of everyday things. Friedman’s work manifests a visceral intensity arising from her mastery of material, but simultaneously retains a footing in language and communication. Her works have an inherent wit and humor, blurring the lines between material and verbal engineering. In this exhibition, Friedman has created an installation of works that play out the slippage between the abstract and the erotic in commonplace objects and materials. In doing so, they rouse viewers’ consciousness of the tension between risk and pleasure that arises from encountering bodies and inhabiting one’s own.

Rubber and metal feature frequently in the exhibition as sculptural material, a continuation of Friedman’s interest in industrial objects and their potential to reference and implicate the body. In the entryway of the gallery, a video made collaboratively by Friedman and New York-based choreographer and dancer Silas Riener is projected onto a large, creamy white rubber flap cascading from the ceiling. The footage shows both artists moving amidst and through a small forest of giant hand-cast rubber bands knotted together and stretched from ceiling to floor in Friedman’s studio. Shot from a variety of angles, Riener’s movements range from quotidian and leisurely to soaringly acrobatic. At one tense stage in the video, the bands are freed from the floor and Riener propels himself using the elasticity of the hanging loops, his feet finding dangerous push-off points on the floorboards amidst a grid of metal hooks.

Made up of a latticed metal screen variously woven and penetrated with soft rubber tubes in hues referencing the four humors – black bile, yellow bile, phlegm and blood – and metal spikes, Friedman’s sculpture Two Person Operating System, situated in the center of the gallery, channels both threat and attraction. Conceived for the artist’s recent exhibition at the Institute of Fine Arts, New York University, the project’s form also alludes to work and labor, from contemporary circuit boards to the archaic telephone switchboards operated by large workforces of women. The piece will be activated by a dance performance conceived by Friedman and Susan Marshall and performed by Susan Marshall & Company. In Marshall’s choreography, the dancers navigate the sculpture’s dangerously sharp elements with careful attention to precision, speed, and force, further implicating the viewer to think about the sensory experience of inhabiting a body and touching or navigating bodies outside their own.

These works confound our expectations of the form and substance of the most ubiquitous of objects and materials, drawing parallels with the material condition of the body, beckoning viewers to contemplate their own corporeal situatedness.

Martha Friedman (b. Detroit, MI) lives and works in Greenpoint, Brooklyn. She earned her BFA from the School of the Art Institute of Chicago in 1998 and her MFA from Yale University School of Art in 2003. Solo exhibitions of her work have been held at the Institute of Fine Arts New York University, New York (2016-17); Locust Projects, Miami (2015-16); Wallspace, New York (2012, 2009, 2007); the Museum of Contemporary Art Detroit, MI (2010); DeCordova Museum and Sculpture Park, Lincoln, MA (2010); and Shane Campbell Gallery, Chicago, IL (2010). Her work has been included in numerous group exhibitions, nationally and internationally. Select examples include Frieze New York Sculpture Park, curated by Tom Eccles, New York (2013) and Museum on the Seam, Jerusalem, Israel (2013). Friedman is a lecturer in Visual Arts at Princeton University. A solo exhibition of Friedman’s work is forthcoming at the Henry Museum, Seattle in 2018. 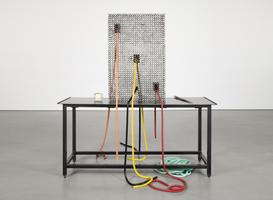 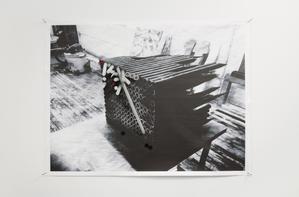 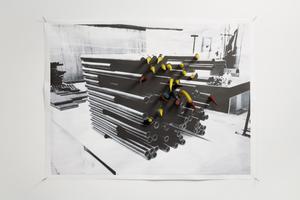 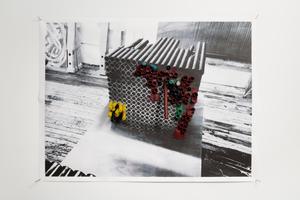 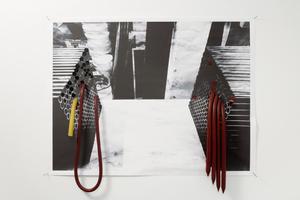