Andrea Rosen Gallery is pleased to present Michael Wang’s exhibition Rivals at Gallery 2 in cooperation with Foxy Production. Upon entering the gallery, viewers will find five certificates, acting as a kind of performance documentation for the works in the exhibition all from the artist’s series Rivals. Taking the form of white, metal shelves containing well-known consumer goods from multinational corporations, the works bisect the space, creating a material horizon.

Each shelf, made from powder-coated aluminum, houses objects appropriated from the product portfolios of rival firms. The sale of the artwork funds an equal investment in each rival firm as the artist is paid for the work in common stock to become a one millionth of one percent owner of both companies, thereby rendering him a fractional owner of what the artist considers a conceptual merger. The number of products included from each corporation corresponds to the number of shares that will be purchased with the sale of the artwork.

While Duchamp’s readymades of the early 20th century took the industrially-produced object out of circulation, by the end of the cen­­­tury the readymade as “commodity sculpture” had fully entered another system of circulation: the art market. Rivals joins these two systems of exchange, linking the value of the readymade to the valuation of the multinational corporations that produce and profit from such objects. For Wang, the readymade includes not only the object of mass consumption, but those systems of which it is a part: brand ownership, exchange value, and corporate finance.

Rivals acts within these expanded parameters of the readymade.  The works appropriate corporate value (of a piece with the global financial system) as an artistic medium.  The works manipulate the underlying structures of capitalist growth. Competition is the engine of capitalism and asymmetry drives competition between rival firms. Through a neutered gesture, Rivals introduces a formal symmetry into the structure of competition. An investment in rival corporations sets in motion the apparatus of corporate finance, but the balance of the act—an equal investment in both corporations—cancels out its competitive effects.

The works in Rivals take the movement of capital itself as a site of artistic intervention. The collector, artist, and gallery collaborate to enact a performance of exchange, orchestrated around and by the work. The repercussions of the action extend into the networks of capital within which the work is enmeshed. If one of the uses or responsibilities of an artwork is its ability to apprehend the present while simultaneously existing within it, Wang’s work can be seen to motivate an evaluation of the most powerful systems structuring cultural production. 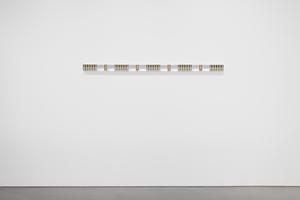 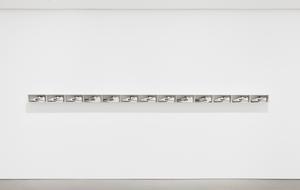 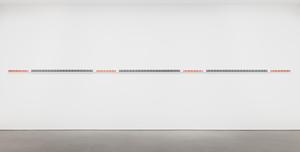 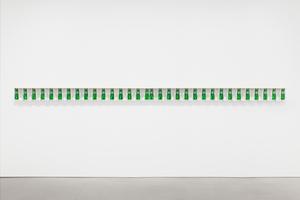 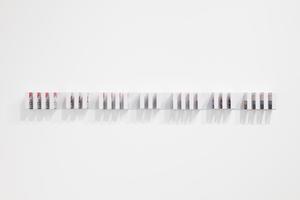