“No one saw it approach.
A small point of light lost in the glare of the morning sun.
It had been drifting for centuries through the inner solar system like an iceberg in the ocean of interplanetary space.”
– Carl Sagan

Coinciding with a major solo exhibition at the Rose Art Museum in Boston, her seventh significant solo institutional exhibition in three years, as well as the release of a comprehensive monograph, Andrea Rosen Gallery is thrilled to announce our first exhibition of Mika Rottenberg since beginning to represent her in 2012. Debuting her newest work, Bowls Balls Souls Holes, as well as her first body of discrete, small sculptures, the exhibition illuminates the sculptural integrity that has always been consistent with her oeuvre.

Expanding her exploration of the production of objects, units and value, Rottenberg’s newest body of work, Bowls Balls Souls Holes, investigates cause and effect phenomena less easily traceable, such as quantum entanglement, magnetic fields, global warming, and the production of luck. Creating physical experience that transcends the autonomous object and cinematic medium, Rottenberg guides us through elaborately constructed physical and metaphysical environments. All activities converge in a Harlem bingo hall where a sequence of numbers opens mechanic portals into an alternate reality. Here, the relationship of cause and effect obeys bizarre laws and characters linked by invisible forces engage in a parapsychological chain of events. These actions move planets, influence global temperature and shift architecture.

Employing Guinness world record holder, Mr. Stretch, as well as regulars to the bingo hall and its employees, Bowls Balls Souls Holes diminishes the space between documentary and fiction and harnesses phenomena that exist in the margins of reality. When experiencing her work, it is as if our presence becomes an essential part of a greater causality. Within this realm, invisible equations are given definite form—as smoke articulates a beam of light—and expose a space that extends beyond the borders of the body and its apparent surroundings. Here, the rhythms of her intercelestial production line generate a resonant frequency unbound by the physical parameters of any object and trace a critical constellation within our social and political cosmos.

Distilling the kinetic nature of basic physical phenomena, Rottenberg’s most recent body of discrete sculptures subtly isolate everyday moments into units of poetic visual and psychological suggestions. Echoing the  sculptural nuances and intricacies embedded within her environment, Rottenberg extracts and magnifies minute sounds and gestures–like the Tsss of a drop of water on a frying pan, or the flip of a ponytail–that demand our experience of the ordinary and render it extraordinary.

The Production of Luck, published by Gregory R. Miller & Co., New York, will include texts by Christopher Bedford, Julia Bryan-Wilson, Wayne Koestenbaum and Mika Rottenberg. The publication will officially be released in September 2014 (copies will be available for viewing at the gallery in late May.)

Mika Rottenberg: The Production of Luck

Upcoming monograph, published by Gregory R. Miller & Co. in association with the Rose Art Museum, on the occassion of Mika Rottenberg's first solo museum exhibition in the United States:

Published on the occasion of Mika Rottenberg’s retrospective exhibition at de Appel Arts Centre, Amsterdam, this first publication on the acclaimed young artist presents a comprehensive overview of her work to date. It includes extensive sections on all of Rottenberg’s major video installations, culminating with “Squeeze” (2010). Video stills, diagrams, drawings and previously unpublished source material are interwoven with essays investigating the work from political, philosophical and historical perspectives.

Viisit the Project Projects website here for images of the book. 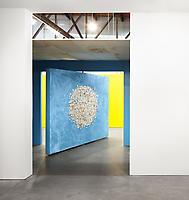 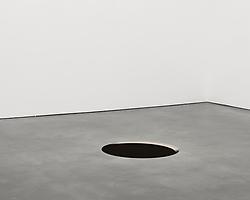 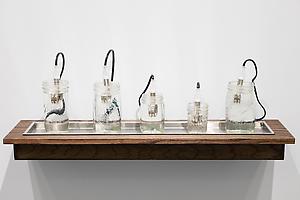 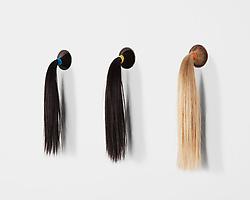