Matthew Ritchie’s ICA residency continues with a site-specific performance of musical experimentation and visual engagement featuring Bryce Dessner of The National, composer and sound designer David Sheppard, Shara Worden of My Brightest Diamond, and composer and MIT Professor of Music Evan Ziporyn. Beginning at the ICA and concluding at the historic Our Lady of Good Voyage Chapel, located near the museum, the performance connects Boston’s seafaring history with its new identity as a hub of technology and innovation.

Monstrance/Remonstrance begins in front of the ICA’s Gerald and Sandra Fineberg Art Wall, featuring Ritchie’s newly unveiled installation Remanence/Remonstrance. Dessner (on guitar) and Ziporyn (playing the clarinet), accompanied by Sheppard and several Boston-area musicians, weave a landscape of raw and improvised sounds that reflect the energy of Ritchie’s murals. The performance then proceeds to Our Lady of Good Voyage, a chapel established to serve seamen and waterfront workers in the 1950s. There, Shara Worden sings Dessner’s lyrical and haunting To the Sea accompanied by a trombone and organ choir and with Ritchie’s film Remonstrance providing visual accompaniment. Straddling the old and the new, the historic and the present, Ritchie’s performance, like Boston itself, reflects a shared past within the construction of a new future.

Matthew Ritchie's 18-month residency at the ICA was recently featured in the New York Times. Read the article here.

Support for Remanence: Monstrance/Remonstrance provided by 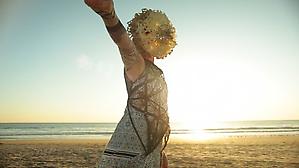