Over 20 years Wolfgang Tillmans has tested and expanded the possibilities of photography in the most varied ways through his photographic and video works. His exhibition New World presents photographs from the artist’s new group of works of the same name, which were created in the course of numerous journeys.

Twenty years after Wolfgang Tillmans first started to form an image of the world, he asks himself whether the world can be seen ‘anew’ in an era characterised by a deluge of media images, and whether a sense of the whole can be formed. Tillmans is not only seeking the ‘new’ in terms of political and economic change, but also in relation to the digital development of photography, which can now enable the presentation of details with a degree of clarity that no longer reflects the capacity of the human eye and vision. Equipped with a digital camera, Tillmans travelled around the world and stayed in each place for just a short time – just long enough to focus intensively on the visible surface of the situation there. Hence, coverings, claddings and façades repeatedly feature in his photographs along with themes from technology and science, such as plants, animals, minerals, material deposits, means of transport and shopping centres.
These prints are combined with the large framed Silver works, which Tillmans has been creating since 1998. The name Silver arises from the dirt traces and silver salt stains that remain on the paper when the artist develops the photographs in a machine that has not been completely cleaned. The visual appearance of the deposits on the photographic paper are determined by an accidental effect produced by the photographic technology which reveals the process of formation and materiality of photography.
With over 10 years of support, the LUMA Foundation has helped establish and grow the international reputation of the Rencontres d'Arles. For this year's Rencontres d’Arles festival, LUMA is pleased to emphasize its support with the co-production of Wolfgang Tillmans' exhibition Neue Welt in the Grande Halle des Ateliers. Wolfgang Tillmans’ work has not been shown to this extent in France for more than 10 years, producing it in Arles and in close collaboration with the Rencontres, is the best sign the Foundation can give of the upcoming Parc des Ateliers project being developed with Frank Gehry.
*New World
An exhibition of Kunsthalle Zürich, organised by Beatrix Ruf, and coproduced by the LUMA Foundation and the Rencontres d’Arles for the current edition.
Exhibition venue: Atelier de Chaudronnerie (Grande Halle), parc des Ateliers. 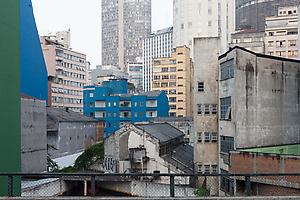