David Altmejd is known for his intricate and highly worked room-size installations and sculptures. Seamlessly moving between a variety of aesthetic modes – from an almost ascetic minimalism in works employing plaster and mirror to works teeming with accumulations of crystals, gold chain, thread, taxidermied birds and animals, among other objects -- Altmejd’s work offers beautifully wrought meditations on the cycles of life and death, interiority and exteriority, sexuality, and spirituality. In the most comprehensive consideration of the artist’s work to date, the volume includes four essays by a range of writers, who by providing different entry points to Altmejd’s art, animate and engage the rich and diverse ideas that characterize his important practice.

The full range of Altmejd’s nearly 20 years of work is featured in the book, from his earliest work--where the vast aesthetic vocabulary he has evolved over the years took shape--to his most recent series. Organized roughly chronologically, with an extensive art historical essay by Robert Hobbs as well as pithy contributions from the other esteemed writers forming the connective tissue between expansive sections of color plates, one can trace the many through-lines that the artist has developed and reworked during his career. The book affords a close and intimate view of the inspired and wholly unique work that brought him to prominence in the early 2000s, while also providing a sense of the breadth and scope of his polymath-like creativity and inventiveness in work less well-known or chronicled.

Trinie Dalton is a writer of fiction and short stories, as well as being an accomplished art writer. Wide Eyed (Akashic), Sweet Tomb (Madras Press), and A Unicorn Is Born (Abrams) are works of fiction. Dear New Girl or Whatever Your Name Is (McSweeney’s) and Mythtym (Picturebox) are compilations of art writing. She has written articles for venues such as Bookforum, Paper, Purple, Arthur, The Believer, and Bomb. She teaches book/arts and writing at Pratt and NYU, and is on the MFA Fiction faculty at Vermont College of Fine Arts.

Christopher Glazek is a writer living in Los Angeles and the founder of the Yale AIDS Memorial Project. His essays focus on a range of social and cultural issues. Recent work has attended to complex problems such as the incarceration crisis, HIV/AIDS, credentialism, and student debt, in addition to critical writing devoted to art, film, literature, and music. His work has appeared in Artforum, the literary journal N+1, New York Magazine, The London Review of Books, and NewYorker.com, among other publications.

Robert Hobbs is an art historian at Virginia Commonwealth University, where he has held Rhoda Thalhimer Endowed Chair since 1991. He has also been a visiting professor at Yale University since 2004. Recognized as a scholar, teacher, and curator, Hobbs specializes in both late modern and post-modern art. He has published widely and has curated dozens of exhibitions at important institutions in the U.S. and abroad. His publications include monographs on Milton Avery, Alice Aycock, Edward Hopper, Lee Krasner, Mark Lombardi, Robert Smithson, and Kara Walker, and he has also written on Hernan Bas, Keith Haring, Jonathan Lasker, Mark Lindquist, Malcolm Morley, Neo Rauch, Andres Serrano, Yinka Shonibare, James Siena, Meredyth Sparks, and John Wesley.

Kevin McGarry is a writer, editor, and curator. He writes the contemporary art column “Out There” for T: The New York Times Style Magazine, is the art editor for V Magazine, and reviews exhibitions for Art Agenda and Artforum.com. He was the editor of the first monograph on Ryan Trecartin (Skira Rizzoli) and contributed to the major monograph on Yayoi Kusama published in 2012 (Rizzoli). He is a co-programmer of Migrating Forms, an annual festival of artists’ film and video at Anthology Film Archives, and in 2013, was the film curator for MoMA PS 1’s “Expo 1.” 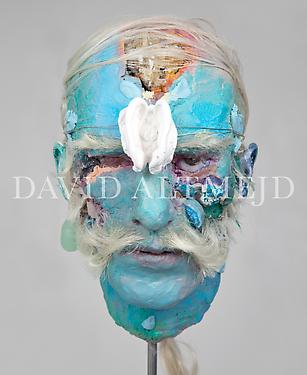