Felix Gonzalez-Torres lived and worked resolutely according to his own idealistic principles, combining elements of Conceptual art, Minimalism, political activism, and poetic beauty in an ever-expanding arsenal of media, including public billboards, give-away piles of candy and posters, and ordinary objects--clocks, mirrors, light fixtures--used to startling effect. His work challenged the notions of public and private space, originality, authorship and--most significantly--the authoritative structures in which he and his viewers functioned. Editor Julie Ault has amassed the first comprehensive monograph to span Gonzalez-Torres's career. In the spirit of his method, she rethinks the very idea of what a monograph should be. The book, which places strong emphasis on the written word, contains newly commissioned texts by Robert Storr and Miwon Kwon, an introduction by Susan Cahill and an extended conversation with fellow artist Tim Rollins, as well as significant critical essays, exhibition statements, transcripts from lectures, personal correspondence, and writings that influenced Gonzalez-Torres and his work. Ample visual documentation adds another important layer of content. We see works not just in their completed state, but often in process, which for Gonzalez-Torres could mean the process of disappearing as viewers interacted with them. 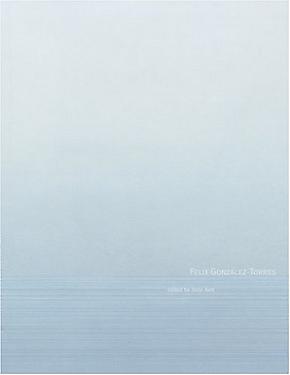