Taking its title from László Moholy-Nagy’s 1922 essay Produktion-Reproduktion, this exhibition revisits his engagement with the Berlin avant-garde and the circle of émigrés who left Hungary following the collapse of the socialist revolution. In these years Moholy formulated a politicized theory of aesthetics invested with materialism. He sought to incorporate the capacities of the body by posing a model of a wholly receptive biology: the collected cells and organs sensitized to and shaped by aesthetics. As such Moholy expressed deep concern for the sensory habituation technologies may inflict within the body itself. In Produktion-Reproduktion, Moholy lays out the framework for his life-long project to parse the innate qualities of emergent technologies – to leverage the positive capacity for productive creation as he called it, in opposition to the stultifying effects of market-driven reproduction. In a 1932 essay he states “This phase is best expressed by capitalism’s anti-biological use of technology…[It] has already caused irreparable damage; generations have become enfeebled in their biological functions.”

Already in the 1922 essay, Moholy sought to deploy the logic of productive creation within the still-young field of photographic imaging “to receive and record various light phenomena (parts of light displays) which we ourselves will have formed” – in other words, to produce non-figurative images through direct manipulation of light.  His thinking on the subject developed in conjunction with photographic technology emerging at the time. In particular, the Leica I – the camera that first made photography accessible to non-professionals – shared a complex political history, closely paralleling Moholy’s own. This exhibition addresses the lineage of direct technological manipulation in Moholy’s work and pivots on a selection of his in-camera ‘light painting’ investigations as expressed in a series of abstract color photographs.

Over his lifetime Moholy made strides with black and white photographic abstraction using the photogram technique, however, his long-standing ambition to do the same with color images was never realized. Made impossible by the state of photographic printing technology of the day, the project exited the darkroom to investigate the possibility of in-camera manipulation. The five abstract images in this exhibition made between 1937 and 1946, exemplify his work to directly manipulate light and color in photosensitive mediums. Moholy died in 1946 making this late series the last of his investigation on the subject and perhaps his closing remarks with regard to Produktion-Reproduktion. The images were both prescribed and limited by the state of technology at the time they were made: the Kodachrome film employed for much of his color work was limited to producing slide transparencies. Despite significant research with color printing techniques, he was never able to achieve the color fidelity he desired in reproducing the images in print format – a project that would only be completed over half a century later by master-printer Liz Deschenes.  Thus the particular technical history in this work manifests Moholy’s nuanced understanding of technological progress.

For this exhibition a selection of biographical photos is presented in their original slide format – the intimacy of the works in their inceptive medium underscores the biological imperative and the agency of desire within Moholy’s aesthetic framework. Moholy was driven by a Modernist ideal of human progress that he strove to achieve within his own life through self-embodiment and reproductive teleology. Accordingly, the role of the familial body should not be overlooked when considering Moholy’s work.  Included are his two daughters in Portrait of Hattula and Claudia Moholy-Nagy, 1945; his wife in Sibyl Moholy-Nagy in red blouse, 1945; and himself with “M=N” Self portrait of László Moholy-Nagy, 1944.

After 1937 Moholy worked primarily with the Leica series of cameras and, as with his own biography, the history of the camera’s development cannot be untangled from the political upheavals of its time. The Leica I was released in the 1920s followed by the Leica II in 1932. During this same period the Soviet Union – unable to trade with Europe – began reproducing foreign technologies within the commune factories. In this way the Leica came into existence with a double life: the German original and a Soviet reproduction known as the FED. German forces destroyed the FED commune near the end of the war and manufacturing ceased until the fall of the Nazi regime when German technologies were expropriated back to the Soviet Union to rebuild production lines (in one notable instance, relocating an entire Zeiss factory). In the postwar years Leica copies continued to develop, some embellished with Leica logos and exaggerated connotations of wealth such as snakeskin leather and gold accents. Early models were intended for the Soviet audience, but following the collapse of the USSR, FED-made Leica copies found their way into western markets. With growing awareness of the Soviet provenance amongst collectors, a final revision came to light: re-inscribed with Nazi insignias intended to indicate German authenticity – a replica of a reproduction of a copy with no referent. For Production / Reproduction an original Leica II as well as three successive FED reproductions are presented.

A reconstruction of a Moholy bench from the late 1920s occupies the central space of the gallery. The obscure work is the only known piece of furniture by Moholy and was designed expressly for use in gallery exhibitions during the modern reconfiguration of the Landesmuseum, Hannover. However, with the bench’s incidental yet unsettling formal relation to the Nazi Swastika, a sense a foreboding shadows Moholy’s biography and the brutal impact WWII would make upon his person. Here the body rests, given into its material condition.  It is this limit that Moholy sought to exceed. That is, it is the body’s unbounded desire for sensation that holds within itself Moholy’s conception of ‘productive creation’; a force to resist what he considered to be the oppression inflicted by the dominant powers when left to their own devices. “It is a specifically human characteristic that man’s functional apparatuses can never be saturated.”

Erik Wysocan is an artist living and working in New York. His practice engages with a broad range of media to investigate historical representation and the logical structures imposed by systems of display. He has exhibited widely including Andrea Rosen Gallery, NY; Sculpture Center, NY; Galleria Raucci/Santamaria, Naples;  Bureau, NY, Laurel Gitlen, NY; Fondazione Sandretto Re Rebaudengo, Turin and others. In 2010 he founded the collaborative publishing imprint Halmos. Since that time it has facilitated new writing and works by numerous artists including Pamela Rosenkranz, Sam Lewitt, Tobias Madison, Dexter Sinister, Mark von Schlegell, Tauba Auerbach, Ed Atkins and many others. Halmos projects have been exhibited at the ICA Philadelphia; Objectif Exhibitions, Antwerp; Contemporary Art Center, Vilnius; Miguel Abreu, NY and Artists Space, NY. 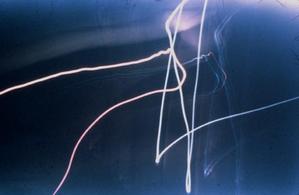 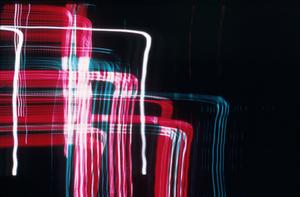 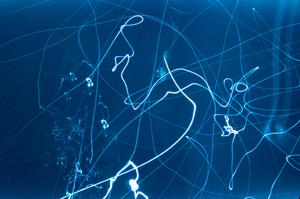 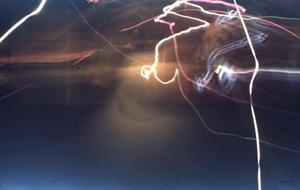