Andrea Rosen Gallery is pleased to present a three-person exhibition of Martha Rosler, Borna Sammak and Michael St. John. Looking to and pulling from the urban, social and cultural landscape, these three distinct trajectories uniquely address matters intrinsic to the urban environment and the public sphere. While retaining his or her own unique territory, each individual artist’s work reveals a critical awareness, empathy, and responsibility to the world in which we live. Juxtaposing the different strategies and methods employed by each artist to confront the landscape of the present will hopefully provide new perspectives that can enrich and deepen our understanding of these artists’ works.

Martha Rosler’s distinct bodies of work within the gallery offer different approaches to the representation of familiar urban spaces. In her seminal work The Bowery in two inadequate descriptive systems (1974/75), a grid of 24 texts and images conjoins a photographic and a linguistic system to represent an iconic Skid Row district inhabited by alcoholics and transients (and, invisibly, a few loft-dwelling artists). Rather than showing us the usual subjects of documentary, Rosler depicts the Bowery through a series of unpopulated storefronts and sidewalks with empty bottles and other detritus, alongside a variety of metaphoric words and phrases used to describe drunkenness and drunks. But even together, the deadpan images and the far more poetic words, rather than “capturing” the realities of dispossession and degradation, point to the neglected questions of social relations and ethics involved in the photographic exchange.

Selections from Rosler’s photo series Transitions and Digressions evoke aspects of ordinary life in commercial districts where shop windows provide visions of society we observe but rarely bother to process. Her video diptych, Bowery Highlights (2008), returns to the site of her earlier work but generates a second report through the juxtaposition of photographs and real estate documents, rooflines and certificates of occupancy, displaying the radical ascent up the social scale of the residents of the area and the conversion of the living spaces of earlier eras.

Engaging a constant interplay with the contemporary cultural climate, Michael St. John’s work continues to recalibrate and address a growing circuit of visual information. In creating this particular body of work, St. John reflects on notions of disaster, nihilism, murder, guns, joblessness/economy, indifference/tragedy, narcissism, institutional racism, and mayhem - each either overtly, or discretely embed within the layers of his compositions. Here newspaper clippings, found images, fragmented language and everyday objects aggregate into captivating collaged portraits of the world at present – the US incarceration system, Hell Yeah Tumblr sites, domestic violence month – emphasizing an immediacy of content and material, and speaking to numerous trajectories within art history. Underlying its visceral humor and clever nods to mass culture, however, St. John’s work embodies a proactivity that speaks of a devotion and responsibility to a generation of overwhelming content and information. “At some point the world became too urgent to ignore,” states St. John. And this urgency is continually reflected in his multivalent works, complex juxtapositions and influential gestures that allows a viewer to see the world with both greater complexity and clarity.

Drawing from a social garbage can, Borna Sammak reins a safari of contemporary visual content within his multi-media compositions. Using cultural products as raw material, his works present uncannily affective juxtapositions of objects and information, excerpted and extracted from their functional contemporary contexts, and rearranged in new and arresting formations. Abstracted signage is penetrated by a commercial flag - “BUY HERE PAY HERE.” Paintings tangled with heat press t-shirt decals and dense embroidery present raucous and refined collages of stock imagery and digital designs. Endlessly amassed video content from the internet cut and pared down for their color, movement and form, create what is ultimately a celebratory canvas, with each clip refined to a pixel-bound brush stroke. By wrenching information free from its contextual foundation, Sammak engages in a continuous play with form, subject and content, that encourages viewing the everyday anew.

Martha Rosler was born in Brooklyn, New York, where she lives and works. She is widely regarded as one of the most influential artists of her generation, one whose artistic practice, teaching, and writing continue to influence succeeding generations. Her work has been exhibited in "Documenta 7," Kassel; several Whitney biennials; at the New Museum, NY; the Institute of Contemporary Art, London; the Museum of Modern Art, New York; the Dia Center for the Arts, New York; and many other international venues. Her work is in the collections of major international museums, including the Metropolitan Museum, the Whitney Museum, the Museum of Modern Art, and the Guggenheim in New York, the Art Institute of Chicago, the San Francisco Museum of Modern Art, the Art Gallery of Ontario, Victoria and Albert Museum in London, among many others. A solo exhibition of her Meta-Monumental Garage Sale was held at the MoMA, NY in 2012. Her writing has been published widely in catalogues and magazines, and she has published 14 books, in several languages, of photographs, texts, and commentary, as well as lectured widely, both nationally and internationally.

Michael St. John lives and works in Sheffield, Massachusetts. This will be St. John's 13th solo exhibition in New York since 1990, including a recent exhibition at Karma in 2013, for which a major monograph was concurrently published. He has been included in numerous group exhibitions across the U.S.. Along with an extensive resume of curatorships, St. John has held numerous teaching positions, including the position as an adjunct professor at New York University since 1994.

Borna Sammak lives and works in Brooklyn, NY. Recent exhibitions include a solo presentation at JTT, New York, and a two-person exhibition with Alex De Corte at Oko, New York organized by Alison Gingeras. Sammak has been included in numerous group exhibitions, such as DSM-V, curated by David Rimanelli and presented by Vito Schnabel in The Future Moynihan Station, New York. In 2009, a public exhibition of select video paintings by Sammak, organized together with curator Thomas McDonell, was conceived at the Best Buy on Broadway in New York. 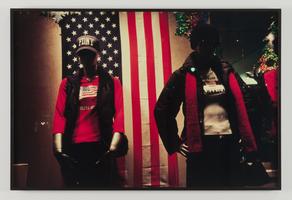 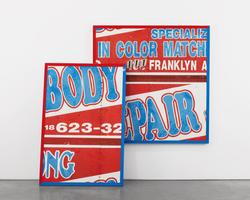 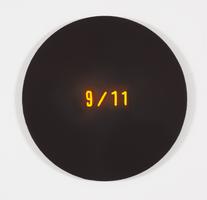 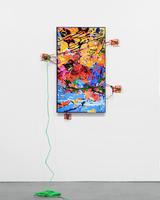 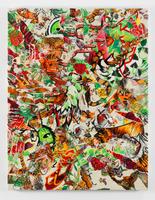 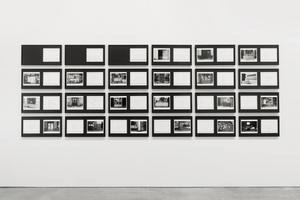 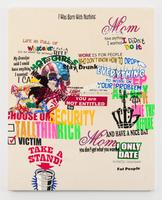 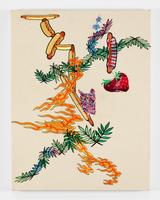 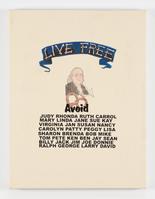 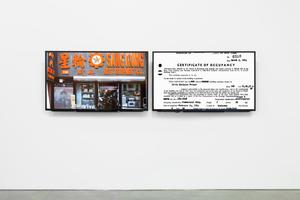 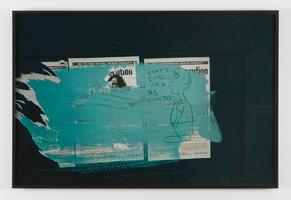 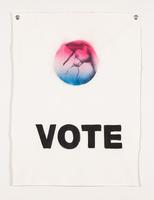 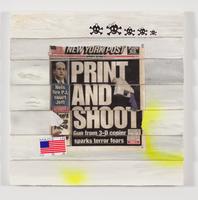 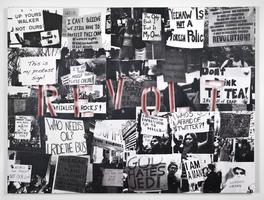 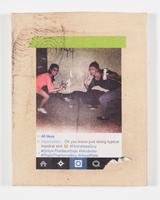 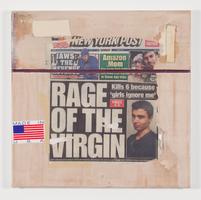 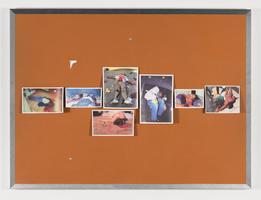 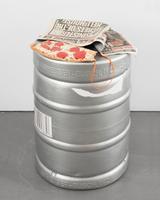 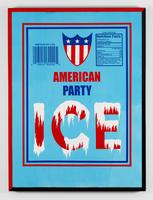 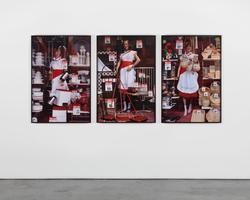 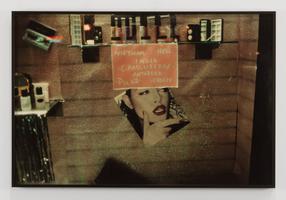 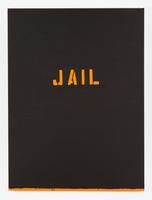 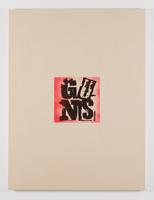